The following article is part of a series about the "SedentaryMood-Study".

Measurement times of the real-time study

In the last article, the sedentary sedimentary triggered e diaries and the randomly selected queries were described. In the next step, the study plan used for the SedentaryMood-Study is explained. Here, the frequency of the mood polls during the course of a day plays an important role. 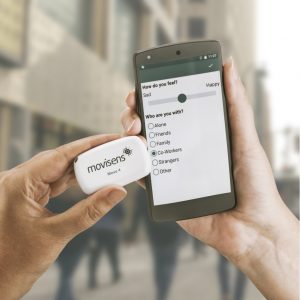 The exact number of queries depends on the individual participant's level of activity and thus, as in this study, up to 12 queries per day can be expected. More mood queries per day over a longer period of time are not to be recommended in order not to overstrain the associated willingness of the test persons to participate and thus not to endanger the data quality.

On the basis of study results, about three to five days - of which at least one weekend day - are necessary for a representative recording of sedentary behaviour. In view of this, the survey period, the SedentaryMood Study, lasted five days (three working days and two weekend days).

The sample was recruited from the University of Newcastle (UoN, Australia) and the Karlsruhe Institute of Technology (KIT, Germany). Participation in the study was linked to the following inclusion criteria: official co-worker of the institution, no illness or injury, and the work was performed predominantly in a sedentary body position.

more about the practical implementation of the study can be found in the next article... 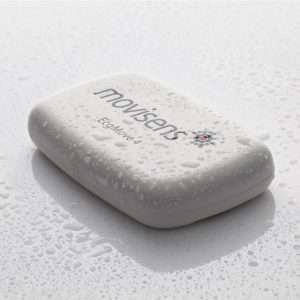 Finally we're able to unveil the new sensor generation. We're starting the launch of series 4 with the Move 4 and the EcgMove 4. With the 4th generation, movisens took into account the numerous requirements of researchers, implementing their wishes and also further increasing the quality of the sensors.

On the 12th of July the newest generation of our sensors shall emerge from the lab. So, save that date in your calendar and be one of the first who benefits from the newest developments and upgrades to our sensor range!

You can't wait until the 12th of July?